Fluid evolutionary women a revisit to women I have interviewed and know “Vita” revisiting women of our time – The power of women’ voices will continiue to grow in the new frontiers of Social Media .

‘Women are using blogs and online forums to build a political voice that is inclusive and a viable transparent voice. The capacity to reach more people,  and have ones voice heard has become not only possible but is escalating as  we move into the. second decade of SM usage..’

Liza Sabater;  Publisher of the culture kitchen, website said to me in 2005;

“ Some of my readers are mothers I meet at soccer or at gym events involving my children. I have had friends who have thanked me for the site because, you help me make sense of all information that’s bombarded to me from TV and newspapers”.

“I am not just a blogger or online pundit. I am a real person and a real mom who helps people gathers an understanding of politics by evaluating the spin from the facts.”

Liza said of herself  she is a “net activist”.  A blog publisher an empowered news media consultant!  She is very  much a political savvy  Goddess who like “Vita’s people take no prisoners but lives and loves fully.

She was  the creator and a lead writer Culture Kitchen 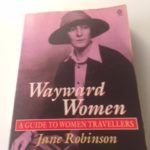 Her site features in the Top 100 progressive blogs [www.ndnpac.org] in the United States. She was born in New York City and worked as a Latin American Literature, college instructor before joining the corporate world. Liza is a wordsmith! She has worked as a writer, translator, and is a well respected freelance journalist.

Liza was a panel member on the political track at the BlogHer conference in Chicago 2007. At the same conference where I spoke in 2007 on the “Raising Consciousness” panel The BlogHer site burst into the Blog sphere 7 years ago.

Apparently it still attracts a new and evolving client base as they endeavor to create a transparent place for mostly American women to have their voices heard! PEW Internet and American Life Project is a key research organization that evaluates follows and explores the trends of Social  Media in America over the last 12 years! Exploring the SM tools now widely accepted as essential communication platforms in the 2nd decade of citizen’s media! 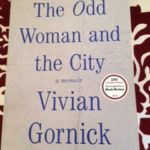 They have examined  and appear particularly  interested  in how people use the internet to have a voice. Their extensive research shows that twice as many Americans used the internet as a key source for information about the 2006 Presidential campaign.

By 2010 “73% of adult internet users (representing 54% of all US adults) went online to get news or information about the 2010 midterm elections, or to get involved in the campaign in one way or another.’ 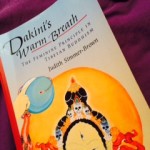 As Former Premier of Victoria, ( in Australia) said in 2005  the lovely and inspired  Joan Kirner recognizes “the use of this technology as a valuable tool and an accessible resource for women” to have ones voice heard and listened to.

Hutch Hussein the Convener of EMILY?s List (Australia) said in 2005 of the Australian EMILY’s List website (see my quick links at Vita Classic, “It definitely gives us wider reach and allows our expat members to stay in touch and the opportunity to shape the society of their home country.”

Websites are a powerful tool for the global citizen and has expanded our influence and the opportunities for activism for women and that power and influence is growing at a rapid pace.

Even our Julia ( Australian Prime Minister) has bravely embraced  SM with her own Twitter account making brave attempts at cutting through the patriarchal noise behind her,  as she steps up moves forward and all the while living behind enemy lines! She to lifts the bar for women of our time, in the new frontiers of well informed well respected other Utopian Girls!

The documentary below is a must see documentary and an insight into who led the world for women’s voices to be heard and respected!  Produced by Australian owned television and made and produced by an Australian woman and evolved Australian men!