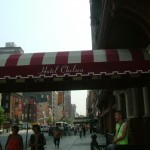 Well the Olympics are over the English “Queen” may well have popped back to Scotland for a wee rest. The well considered Ecuadorians have a gold medal, and our darling Julian has found his people… Oh lala and possibly a new calling a bigger audience and a balcony from which he can speak with safely as such! The Ecuadorians have embraced our Julian taken him on as their very own!

It does have context loved ones, Sth American countries are familiar with struggle and reclaiming their power, rightly or leftly haha!  Nevertheless the Ecuadorians have the initiative to do the brave thing, the right thing to assist Julian!

Gutsy and very visionary stuff we say at Vita! He is looking a wee bit pale and sad really, so that is NOT right loved ones! Bless his little cotton socks for “standing his ground” (also without a gun) and showing his “fair go approach to a very necessary new world order”.

FIRST WORLD ON THE BACK FOOT INDECLINE AND STAMPING ITS FOOT

Hmm and what of the “first world leaders we ask? It could well appear that the first world is falling on its own sword,  as they try to silence those prepared to step up and speak the Goddess truth loved ones!  Well like many before Julian, he is being kept at bay or in his case found refugee. As we know those who try to take complete control inevitably have lost control completely! Which seems to be the case with America Sweden and the British, the Australains seem to be simply not payng attention as Julian would say!

Julian is now faced with the conundrum of how to get to Ecuador with safe passage. Hmm maybe the Australian boat building industry could step up and revalue the craft. Reshape their image as quite philanthropic for those needing boats that don’t leak.  Hmm yep chip in and supply a boat that creates safe passage for all who sail in her!

Julian could land safe dry and not traumatized as others  could well do when trying to arrive in “the land of “Plenty” He could set about with new leisure activities in tuna fishing, and revitalizing the Inca Empire in Ecuador?  He may choose to spend some quality time with the insightful lovely and highly evolved Saskia Sassion.

Taking time to discuss 21st century issues that affect us all. Indeed issues that she cares about such as, “the global street a place for making” things happen. http://www.saskiasassen.com/   Or they may well discuss informal economies and her international tastes for people having a voice as we move in to the “plenty’s.’

Julian may wish to cast his net further and set about writing his first cookbook.  Reclaim the “Barbecue” with the lovely long suffering Inca’s … Brillante fresh fish and reframing the ill named “Julian Revolution” of 1925 in Ecuador! Tragic set of circumstance that so called revolution, it really was not a good look.

It could well be his opportunity to revitalize that unfortunate moment in time for the Ecuadorians. Or even better he could renounce his Australian passport and stand for President in Ecuador given elections are coming up there very soon. Seriously karma comes around and this may have propellers for Julian! 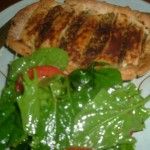 THE ECUADORIAN FREEDOM FLIGHT FOR JULIAN

Vita’s people may have the man for the job to create free flight and freedom for Julian! It has come to our attention that others are looking for our favorite helicopter pilot “RD” lately at Vita as well… Hmm very curious indeed loved ones! RD as we all well know, was unceremoniously sacked from Australia’s ABC some years back by text prey tell!   He may well be up for the gig and a mercy flight for Julian. I think they may like a wee bit of tuna fishing together…

Now that is a nice idea two honorable men that have both been ignored and done in by Australian government agencies!  I can see the 2 part series now “Rogers’s mercy flight for Justice” and Julian & Rogers’s big evolutionary tuna banquet!