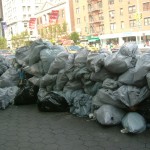 Some have said ‘Vita’ is the opportunity TO BE genuinely dedicated honest trustworthy visionary courageous and kind at all times!

“TO BE” a  thriving inspiring  presence in all that we do and say is the only way to dance!

THE ‘BILLAGING” OF A UNION MOVEMENT AND THE ‘BS FACTOR’

The last few months in Australian politics has brought to light the pointlessness, ugliness, and ego ridden aspects of patriarchy for all to see, for what it is! One can see quite clearly the ‘BS factor’ (see below for a definition or figure it out ya self) The current government  yet  again clearly made a woman their scape-goat “you do the heavy lifting and then we can step back in to the dance and “safe the day”! Spare me loved ones the past politcs and bullying behaviour of patriachy is ckearly GOT  TO GO!

‘FACELESS MEN’have temporily re instated a concepts man with what could appear quite low self esteem and a great need to be loved by the masses!  As we know almost always “beside every great man is a great woman” It is a pity the government did not really  have a great man willing to stand by Julia and climb the next mountain together!

The ‘BS factor’ was very much on the patriarchal podium  doing a foxtrot changing his position on how the dance “should be played out”, not to mention sounding somewhat disingenuous about his intentions for the future. Ah yes years of garbage the‘BS Factor’ and past patriarchal dinosaurs ” acting out their very shabby behaviour! Ducking and weaving, desperately making it their last dance and clearly unable to remember what they were dancing for.

It could well be seen as the “Pillaging /‘Billaging’ (new word loved ones), of a good woman’s work being ignored that has come to bear in Australian Politics yet again! This is now very well accepted and known across the board as the  ‘BS factor’ or its more formal term ‘Billaging.’

This new concept will be embraced with genuine zest by the well respected and much admired “OZ National Bible” http://andc.anu.edu.au/node/13927 at a local level Oh what joy and  very soon even  middle America will “get up to speed!” on this valuable and current issue!

Don Watson will truly appreciate the concept being a fabulous man of many a good words a good heart and good speeches, just ask darling Paul about that http://en.wikipedia.org/wiki/Don_Watson ! http://blogs.abc.net.au/victoria/2012/07/don-watson-on-politics-in-2012.html

It will be interesting to see whether Kevin may or may not remain ‘KING” for another 4 years  Yes that is right “the faceless men” could well be having their last dance on “both sides” of politics! Hmm we will see what the new world order of women and collabarative work will serve up!  (“Taking sides” being a man made word and all). The paradigm and behaviour of patriarchy over the last 2000 years has certainly not been the gentle art of ‘Bill and Coo.” http://idioms.thefreedictionary.com/bill+and+coo

Part three coming soon on the “Art of Possibility and Collaborative Work.” If you have not read this book  below ‘move forward and embrace the women’s century” Dale wrote this book in 1979 and was released in 1980 http://trove.nla.gov.au/work/6403913

Always remain vital vigilant committed to stepping up get the job done with integrity. To do so is “TO BE”  inspiring to all those we affect on our journey of love and live