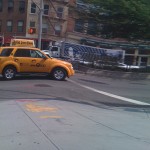 ‘Rather than seeking a sense of peaceful satisfaction with the unfolding of experience, the goal of [preliminary] practice is to produce a state of mind that is highly judgmental, indeed judging this world to be like a prison. This sense of dissatisfaction is regarded as an essential prerequisite for progress on the Buddhist path.

Far from seeking to become somehow ‘nonjudgmental,’ the mediator is instructed to judge all the objects of ordinary experience as scarred by three marks: impermanence, suffering, and no self’.

LIVE WITH LOVE AND LIGHT NOT DARKNESS

Below is a story worth reading of an ordinary woman who went about her life doing extraordinary well respected work!

WOMEN OF THE EVOLUTION  A FORCE TO BE RECKONED WITH

As Tenzin Palmo  says “To me the special female quality (which of course many men have as well) is first of all a sharpness, a clarity a genuine knowing what is and what isn’t , “It cuts through especially intellectual ossification. It gets to the point cuts through the Dakinis principle’.

The Dakinis energy is an inherent force. an actual knowing from those that birth the world! ( Most) “women get it in a flash—they’re not interested in intellectual discussion which they normally find dry and cold with minimum appeal’. http://www.dakinipower.com/what-is-a-dakini/

Dakinis are elusive and playful by nature; trying to nail them down with a neat definition means missing them, since defying narrow intellectual concepts is at the core of their wise game.

Be aware be very aware we cannot be all things to all people! We must be mindful to cultivate time for the self as well as the other. As women career and mother into the women’s century take time for the self take time to be with one’s self !http://www.youtube.com/user/YoginiProject

READ ABOUT THE DAKINI PRINCIPLE BELOW