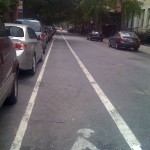 It is said ideas are like stars we can’t succeed in touching with our hands yet we can choose them as our guides and follow them to our destiny!

If we are to truly believe in their paradigms climate change is not real and Australians in the growth corridors should just put up and shut up I could go on about their myriad of very flawed beliefs! 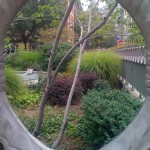 ARROGANCE ASSUMPTIONS THE END OF PATRIARCHY IS NEAR

Arrogance or absolution that is the question we must ask ourselves. Assumption or assurance that is the question we need to ask ourselves.  We are in the dying days of patriarchy, as they come full frontal at Australians wielding their self righteous whip at the Australian COMMUNITY! Completely blatant in theirassault and abuse destroying the TRUST of the Australian people, in  very very transparent way! We have to ask are we consumers or citizens? The current government also need to stay aware voters pay their wages. thus we need to ask are these the staff Australians want to employ?

SUBJECTIVE BELIEFS AND THE GOOD OF THE WHOLE

It becomes apparent ‘that a sense of understanding compassion  and belonging  is a personal thing, similarly subjective is a sense of indifference and  disengagement!’  One might begin to recognize that the current Australian government are indeed very subjective indifferent and clearly disengaged from the reality of the Australian peoples reality who live under the $180.000 a year threshold

The current Australian government may well be from a universe that died out along with the dinosaurs!  The current Australian government clearly do not recognize that  patriarchy misogyny user pays and bullying behavior are on their death beds This kind of governance style is way out of fashion and no longer believable nor relevant in the women’s century, NO MEANS NO!

EQUITY AND GENUINE CHANGE THAT IS INCLUSIVE

Equity and justice for all may well come back into fashion, when the Australians who voted these people into government recognize the difference between genuine change and moving forward! Australians are indeed in the lucky country there is NO BUDGET EMERGENCY!

Australians need to an understanding about what change means to them and the implications of that choice they have made! Yes structurally change must happen to accommodate the next generations needs and an increasing aging population! However starving 2 generations to death is actually called genocide generally!

FAT CATS THE SON OF A REFUGEE BY ALL ACCOUNTS AND WHAT IS RIGHT?

The Current Treasurer “Mr Hockey has stared down his critics, declaring that the, Prime Minister TA and “the team” are “absolutely committed to doing what is right”

Well we have to unpack that and question what is right and is right for who? The fat cats are bullying and positioning to maintain their status quo and actually won’t need to work til they are 70 won’t need to worry about climate  change (they will be dead or have sufficient funds to invest in solar heating!).Oh the sciences you say well apparently Australians don’t need that either !

Apparently removing the carbon tax will make all Australians wealthier with $550.00  per year in their pocket spare me do the math on that per day loved one ! Frankly my dears Jerky Joe and his Belgian side kick,  it could be said are in fact NOT giving Australians a coherent plan at ALL!

WHO WILL PROSPER AND THE BURDEN  OF CLIMATE CHANGE FOR THE NEXT GENERATION?

The current  Australian government speak of their reforms as doing it for the country and it’s long term prosperity.  One has to ask whose prosperity are they talking about? We have to ask how can they speak in terms of every one sharing the burden while getting rid of the carbon tax and the big polluters go on their merry way and keep polluting !! Clearly they will be just fine and never have to address their impact on future generations if TA has his way!

TA’s attitude toward this woman is EXTREMELY  VULGAR , as she pointed out,  how she is positioned to supplement her PENSION income. A woman of 67 being  positioned to do this work to eat and simply exist, says everything about living behind enemy lines and a misogynist world  http://www.sbs.com.au/news/article/2014/05/21/tony-abbott-winks-sex-line-pensioner-talks-radio In fact it is sooo…. misogynist. so wrong and so ironic she has been positioned to supplement her pension to ‘ service mens fantasy via a phone sex line.

The misogyny continues as the SMH identify her in their article as a ‘ sex worker’ Seriously lacking in editorial discernment and not really focusing on the full story really! One could say the misogyny is clearly being perpetuated through that kind of editorial decision making in old media.

“It is also an act of political necessity.” Hmm political indeed! TA may well regret the day he said that!