OBSERVATIONS AT THE END OF PATRIACHY PART 2 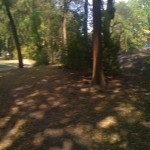 The word ‘sin’ is derived from the Indo-European root ‘es-,’ meaning ‘to be.’ When I discovered this etymology, I intuitively understood that for a [person] trapped in patriarchy, which is” (has been)” the religion of the entire planet, ‘to be’ in the fullest sense is ‘to sin’.”  Mary Daly

ACKNOWLEDGING PAST SINS MOVING FORWARD AND RECREATING ‘TO BE’

As we, all know loved ones patriarchy and misogyny could well be acknowledged as a love of money and control manipulation, patronising angry violent, guilty secrets that are no longer helpful or relevant Beliefs and concepts that include (“I’ll save you”, “she made me do it both very mixed messages)

These are all blame, based behaviours that are appalling not to mention disgraceful ways of treating the other. Behaviour that has gone on for so long, that alarmingly the world has just noticed that patriarchy is on the nose and thankfully in decline!

THE FALL OF PATRIACHY 13 YEARS ON

Patriarchy is so last century, so past tense, so NO longer relevant nor useful! Patriarchy is a RUIN that SHOULD (to use man made language) NEVER BE RE BULIT! “It is now genuinely TIME” (as our darling Gough says) for the “old guard and to move on!” Patriarchy with its so-called ‘democracy’ and yet still hanging on to their “fiscal fists” are deeply misguided misplaced manipulative power plays that benefit mostly men and their agendas.

Patriarchy it could be said has been at the expense of women, children the perceived weak or disadvantaged and indeed the destruction of our beautiful earth, which the ongoing factor that is soul is destroying. One wonders what Adam and Eve Buddha Allah and all those others gods and goddess’s would think of US NOW! Exhausted is quite likely the case!

Essentially, it could well be said that the position patriarchy and misogyny have taken at the podium have wrongly justified the tools of war and the behaviour of hatred fear and greed. In the last century 2 World Wars were fought, that apparently were “protecting” their women children and their so-called ‘motherlands’. Try telling that to those that survived the perils of these wars let alone all the others of the 20 century!

Mostly wars build false empires and allow men with no boundaries to rule our world! It could be said ‘warlords’ and generals are the men of war! They are ‘weapons of mass destruction”. Wars that created beliefs and actions that embraced rape and pillaging as a life style from others homes resources town’s villages and mother earth herself!

Big calls indeed one may say, however a reasonable assessment if you have lived it and paid attention! One may do some research and think through one’s own journey through patriarchy to see what one comes to understand for oneself.

IT IS VERY CLEAR TO THOSE WITH EYES TO SEE, CONSCIUOUSNESS COURAGE CREATIVITY COLLABAORATION AND COMMITMENT TO A BETTER WORLD ARE A BETTER WAY TO GO

THE DAISY CHAIN OF COLLABARATION AND COMMON GROUND

Common ground and considerate behaviour are a necessity, to create a daisy chain of elements that create peace and cooperation in ALL relationships and a new more compassionate world! When we are all listening hearing and conscious of decisions that require collaboration, there is no value to be controlling fearful or manipulative in the decisions that are agreed to by all involved! When we collaborate with the other, all are validated in the process.

When we make decisions made by genuine consensus, it allows us to create equity, fair play; mutual benefit and cohesive understanding between all those involved when we are open to this way of being all are victorious. These are key ingredients for equity in relationships whether personal local or global a village or a community need to recognise that we are all  as one!

– Sulak Sivaraksa, “In Exile from Siam”