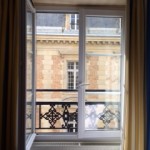 “Receiving is a powerful—and intimate—practice, for we are actually inviting another person into ourselves.Rather than focusing on our own practice, or on our own virtue, we can focus on providing an opportunity for someone else to develop generosity .That moment itself is unsullied. For that reason it is said that generosity is the discipline that produces peace.” Judy Lief

Generosity and virtue were clearly not part of the one term Abbot government’s agenda! Well they were generous to

their own kind and their own very personal last century agenda!  This changed of course when the enabled public servants

My my and they say the Liberal Party do not kill their own meat. How interesting he killed of his self proclaimed spiritual mother! Or was it just straight up misogyny and a woman had to take the blame for the Patriarchies poor behavior?

In fact this is common practice and  behavior on both sides of politics in Australia possibly other countries could be outed but later ! A woman traditionally in a patriarchal framework is often times made the ‘fall guy” for others unethical unpalatable ungracious unvirtuous carry on! Clearly this is completely unacceptable in the women’s century.

In fact post TA’s swift departure. It has been acknowledged by many that lived through his tyranny as a dark period in Australian history. It has been felt and seen as exhausting unrealistic and completely unsustainable behavior indeed!

It could be argued that generosity and virtue were clearly not part of TA’s “mandate’ either. He may well have in his mind had a mandate to repel the carbon tax! However that is debatable and worth a referendum in its self! As a opposed to one on same sex marriage! That also could be seen as waste of public money! 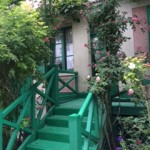 Then Abbott is living in the 20th century or possibly the Middle Ages NOT the 21st century!

Someone needs to point out to TA (No thanks) that bullying and fear mongering does NOT create good public policy nor does traveling round the world sharing his xenophobia do ANYTHING to enhance humanity and acts of kindness!