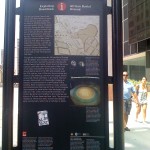 THE LITTLE FELLOW THE ABBOTT AND THE PEOPLE THEY SCORNED

Below this article is an insightful poem by Malcolm C as opposed to Malcolm X on the previous Australian Liberal PM. JH 1996-2007.

(Google him if ya feel compelled), after all this is the women’s century where we ALL  empower ourselves, A century where we make up  our own minds about what we think how we choose our walking/and the inner workings of our “Lumosity’

Australians sat on slow boil, for eleven years under JH.(and I mean under)! The working classes became the ‘working poor’ over played their hand in the mortgagee belts sent their children to private schools with a belief they would enter the ruling classed and sadly  never truly got to ‘live the dream.’ (as the Americans say),

The 1per “centers‘ licked their parched lips procured and secured the countries assets OUT OF SHEER GREED all the way paving the way for their OWN selfish interests! The 1 per centers continue to dig larger and larger holes the northern and western side of the island for self gain, with no regard for the other or the country as a whole!

The Howard years  took  11 years to tolerate and endure before the little Aussie battlers stepped up and said STOP THE ROT! As ‘JH” said himself ‘ if I am wrong and you are right then the democratic process of the Australian community will vindicate you and condemn me  !

A CULTURE OF DRINKERS AND SHORT MEMORIES

They did indeed ‘condemn him in 2007! Yet somehow forgot the past and voted his self proclaimed love child in to lead government in August 2013! As our  lovely Peter sang http://www.youtube.com/watch?v=hgukduYJZ44

THE ABBOTT MOMENTS AS OPPOSED YEARS

‘The ABBOTT’ has apparently reopened Australia ‘for business’ in August 2013! One has to question what business that is and who are the beneficiaries? Clearly voters were still NOT PAYING ATTENTION  however the world is NOW watching every move they make!

It is well known fact men with small ideas small policy with poor people skills poor reputations are always remembered for what they did not do and how they treated the other! Karma comes around so be aware be very aware!

THE LITTLE FELLOW (MC SPEAKS ABOUT NARCISSISM AND JOHN HOWARD)

Without my strong hands on the wheel

Goldfish will die in their bowls

Babies will refuse to be born

Holes will mysteriously appear in socks

Chairs will collapse under peoples bottoms

And trousers will fall

the very fabric of society will fall apart

Will children be able to find

The chocolate hidden at Easter

The name of Don Bradman

Will disappear from the memories of men

Will no longer be able to sell fear

Humanity will break out

In the Immigration Department

The fences of the detention centres will rust

A” future without me “

is just to awful to contemplate

← Coretta Martin John and Yoko know all about what love is
‘The Abbott’ the Bishop a nudge and a squeeze GONE! →