Some have said “Vita is the opportunity to strive persistently for our dreams; and that our courage to do so will be rewarded”

However as Mary Anne points out below we need to pace ourselves in this new world order of fast living and many rabbit holes to fall into! We are in a very intense world that insists we deal with climate change, constant chatter, likes followers “yammering” while building new tribes.  The 21st century struggle seems to be an absolute conundrum as we seek to find new ways of living with integrity and more grace!

“I will not be governed by the tyranny of immediacy.”  Mary Anne Radmacher

THE SUFI PITCH IS PITHY AND SEAMLESS ENGAGEMENT 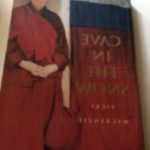 There is the never ending agony of engagement that one is compelled to address in cyber land! The Sufi dance of Social Media is a very time consuming dance indeed! It could appear the Key criteria for living in this new world of 24/7 engagement, requires at a structural level, clear boundaries, time effective strategies and good filing systems. Ultimately useful information that is pithy and pitched with consciousness and good content are what will resonate and count in the end.

Social media and the use of communication tools appear to have created a new divide of non communication! Seth Godin and the lovely carl honore have spoken about the benefits of going slow and thinking through what they say and clearly know the merits of doing so!   The benefits of stepping back and taking a more refined speed and heartfelt way of making progress!

social media portals all in silence! Sounds amusing  but may be very necessary to survive as we dance between all our social network tools!

By 2007 it became apparent the hyper link could well have replaced the semi colon, sending us all into characters out of Alice in Wonder land!

Rushing around from rabbit hole to rabbit hole grasping at new concepts and new paradigms in the blink of an eye without a 2nd thought of how we got there and where we may all end up!  The re framing of friendship and the ability to amass a following on SM has taken on a world of its own who knows who is paying attention to what is being said…

It could be said this new form of engagement has left people unclear about communicating clearly, targeting ones message and being clear what that message may even be! Trending is one thing but really let’s try a wee bit harder it seems trends are indeed very transitory and create a lot of white noise!

Social Media has given rise to confused conversation, demanding behavior and an extraordinary level of narcissism!  Self promotion and world peace it could appear are worlds apart! Social Media has indeed allowed the worlds people to interact in ways unimaginable in just over 20 years!

One has to question whether going viral is a viable way of really creating change in the world? It could appear Kony 12 is a classic example of what could have been a viable idea or cause that had a misguided method that is very questionable!  A social media campaign that clearly did not work at the heart of the matter It could be said it was an ill conceived and possibly a hindrance to what  is really going on in regard to this issue in the real world!

← “Kevin the Pigeon”, Ruddbot’ take out messages and a new direction
Finding “SELF’ in a sound byte world →