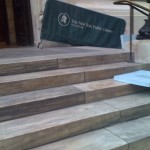 For those in the know creating a genuine dialogue in less than 140 characters is a skill indeed not to mention exhausting! It is certainly not for the faint hearted or those looking for fans /followers or adulation!  Social Media it could be argued has created a frantic new pace and space to share ideas dialogue expertise and advice on all matters great and small.

Meaningful dialogue seems to be fading in to the distance, being replaced by momentary thoughts, self absorbed trends and amusing follies!  The hunger for attention and fame, in the new world order of Social Media, it could appear for many fasts grab for moments in the sun! One wonders how viable and influential most content is when it goes viral with barely a thought about strategy!  Have we convinced ourselves viral is the new bench mark of success, if so does it really make the world a better place!  It could well be seen as the new bulimia and seems to have some degree of traction but one wonders will the wisdom of the ages be forgotten and old fashioned conversation become redundant.

One has to ask will the art of reading thinking and analysis be lost in the whirl of words and images being thrown at us 24/7 in the second decade of the 21st century. Does anyway read a whole email before deleting, Have we given over our power to the “Cloud and Drop box to store all our thoughts and memories forever never to be seen again!

Have these tools simply become the attic of our thoughts! Will we leave it there never to be retrieved and just move on and consume more information that we never really grasp!  Has the need to react before we have heard what was said taken over our heartfelt need to be heard and understood!

What of the biography prey tell people appear addicted to sharing every moment of their lives on Facebook! Do people really consider why they are adding personal content to an American database that clearly is cash cow for Mark! How will they feel when he sells on all their personal data and family secrets to the highest bidder!

Well thought out accessible content is out there! Niche markets and trends have taken on a life of their own! Who would have thought the Merkin and Snood were take off for a week in a giddy frolic round the Twitter sphere or Korean dance crazes really actually matter,  as we watch climate change creep over the earth and the third world continues live in poverty !

“SELF “REBRANDING A GENERATION OF WOMEN READERS AT THEIR PERIL

In February 2013 “Self Magazine began a process of reframing its market segmentation for the magazine to attract a younger audience!  “SELF”, has redefined its previous intention on “exercise and wellness” to   become a “more of a lifestyle magazine infused with more beauty and fashion,”

It could appear they are trying to influence and redefine  first world affluent women from 18 into their 30’s as “women who want to be fit and fashionable”, according to Laura McEwen, the vice president and publisher of SELF. One wonders what this actually means and whether these women are interested in anything else out side of the self or whether this is relevant or useful to do! “

Apparently the magazine’s” typical reader is in her mid-30s with a median household income of $75,000 a year; Self’s re branded magazine wants to “appeal to the generation of women 18 to 30 who are obsessed with social media. “The magazine is being edited for the women who think in 140 characters.” Which is Twitter speak for a sentence for those not in the know.) Interestingly “Twitter” is now placed to reduce this to 117 characters when using the Social Media platform…

WHAT IS THE SELF AND WHAT IS INFUIENCE

One has to question so many aspect of this reframing of “SELF’s” idea, let alone the Magazines social conscious or for that matter their role in advancing feminism in the world.  It truly alarming they really believe that this is a viable premise!  We need to ask is “SELF” shaping what they want women to read or is this really what these women want to read?

One has to question are these affluent women wanting to be redefined as ‘obsessed with social media and think in 140 characters and merely interested in “being fit and fashionable”, as the same thing.  Maybe but seriously that may well appear as having misogynist over tones and not a complete picture of a 21st woman!