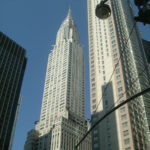 Some have said genuine dialogue and trust of one’s self as the other is the new black. Mmm I mentioned this in 2007 here, but I suggest it is now imperative

After an horrendous 2016 for so called democracy! Genuine truth was shouted down by those who know no better and alarmingly in a startling outcome America well may have voted in America’s first dictator?

An extraordinary outcome that is still being scrutinised and mulled over as we speak. As I asked some time ago in various forums, did America want a male misogynist dictator or a woman. Well that has now come to bare and here we are the outcome is in our face, DT has not even landed in Washington and the pain is real and deeply exhausting to witness!

THE DISENFRANCHISED AND THE BIG RETHINK

We have to ask what were they thinking or not as the case maybe? More to the point there is not a natural organic EVOLVED  shift from Barack to DT. In fact, it could appear to those paying attention very REGRESSIVE! Clearly it was a very disenfranchised turnout that are seriously not paying attention to what DT says nor do they seem to care either!

Interestingly Barack’s first term was the biggest turnout of voters since Abraham Lincoln who it has been suggested DT was trying to emulate. More interestingly Abraham said this about America 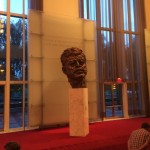 America will never be destroyed from the outside. If we falter and lose our freedoms, it will be because we destroyed ourselves. A Lincoln

Is DT the dictator America needs to have so they know what it is? A quite ironic and just karma that could identify the real enemy among them! It is quite clear they are so not living the dream nor in a global world .Fordlandia

America at some level could be viewed by the outsider as dare one say vey inward looking. They appear not really across how tragic the outcome of this social experiment. could well become. Not just for voters but the world as it is in the Women’s Century.

TO BE THE PAST OR THE FUTURE?

Those paying attention in America are now knee deep, in the big rethink of who they are and who they wish to become. Below is OZ TV promoting US content on a truly International TV station. Worth logging into but if you can’t be bothered I have added another link FURTHER DOWN TO the fabulous Sam B

As we hold our breath for DT’s new TV series to be launched on January 20th 2017 at the White House . Some have suggested he has cast himself to be President of the United States of America, That is yet to be determined by who is waiting in the wings! Diisturbingly he appears more Rueben from the “Partridge Family a bumbling misogynist idiot not really clear on what the job is, it could be said patriarchy is a bit like that!

DT also is clearly very last century like Rueben,, below is a genuine script quote from the Partridge Family show. Rueben is advising ‘Danny on how to approach women or handling them as he puts it! The quote below is nearly 40 years old and says everything about DT’s mindset as well.

Danny, if there’s anything you want to know about handling women, you want to get it from a real pro 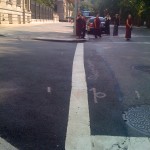 DT appears to be manufacturing a last century cast of people that are clearly and alarmingly inappropriate to shape the next four years in America. The cast leaves one gob smacked and perplexed about what Americans understand about the outsider’s dictatorship democracy and greed. 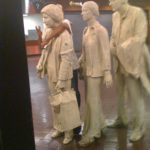 LIVING THE DREAM OR REALISING THE NIGHTMARE

It could appear we are moving into a time that could resemble something like the film below, for the world, particularly America. DT voters think he will turn back time for them well some would say they are already living it and the dream is just going to escalate for them not improve The Road

Horrifying really but well Karma is in fact consequence of action!  As I and many have suggested America at some level and in more states than one imagined appears stuck in 1945 1952 1958 etc.

MOVING FORWARD YES WE CAN

We must stay true strong and speak up for love integrity world peace and without doubt the end of Patriarchy. It is apparent America is not to up to speed sadly about being in the women’s century!

Let’s hope the lovely international Agqdas Aftab, from Hyattsville, MD can open America’s eyes with her series on, global feminism at this ironically named great site