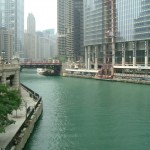 ‘The Buddha, warned not against judging, but against being judgmental. The former implies clear comprehension of appropriate action and the latter implies bias and misconception’.

THE HEAT OF THE MOMENT AND OTHERS PLIGHT

Well loved ones the southern  coasts of Australia are getting a taste and  discovering what is like to live in the almost unbearable heat of the western Sahara and clearly I am exaggerating even that!As  Australians  swelter through climate change previously known as a heat wave in the 20th century they complain they can’t use more electricity to cool down their middle class sensibilities.

They could well contemplate the extremes of others lives ! Australians may well be right  the utility companies are holding them hostage by pulling them of the grid reducing them to a complacent state of  sweat  denial and displaced anger at this time ! http://www.abc.net.au/news/2014-01-15/fire-crews-on-alert-as-south-east-australia-sizzles-in-heatwave/5200424

However like the people of the western Sahara they could well step up consider what role they have played in this injustice they see as consumers  They could address it with exploring  alternative sustainable  sources of energy or at least take  the 1 per centers on as ‘consumers’ of this abstract product they so desperately crave.

A people who live in extreme heat and excessive pressure to remain stuck there without any rights at all ! Consider what that does to ones human spirit, without air conditioning prey tell, The courageous people of this region have dealt with extremes for now heading up to 4 generations,

They know ALL too well what is to really go without unlike the average voter in Australia or any ‘ so called first world country for that matter!  Try fighting for one’s  life in a desert surrounded  by bullies thieves deceitful behavior  and endless lies for 2000 years,  four generations. or even 15 years loved ones !

EMPATHY QUITE DIFFERENT TO SYMPATHY

Consider the torment of what that could feel like it is the difference between empathy and sympathy ! Have a think about it  as one  complains about NOT being able to control the weather ones utility services ones community,  neighbors the credit card,  mortgage or whatever it is that compels one to ignore the others plight or position!

Let’s work toward and grow Yoko’s wish tree! Let’s ALL give empathy compassion and understanding the position  it deserves in the human spirit as we move knee deep into the women’s century!Those we love from New York to Chicago to Sweden to LA Portlandia Denmark London  Melbourne Australia Maleny QLD Port Fairy the Yarra Valley  and those in the Blue Mountains know exactly what Yoko  and I are talking about!

Let’s work toward lowering the stifling heat of apathy and offering a peaceful loving sharing understanding with the WHOLE  world   http://imaginepeacetower.com/yoko-onos-wish-trees