To bear witness and engage in all those (AAQ’s)

Well worth the journey and well worth asking Often one is asked, where does Vita hail from? Who or what is it that inspires such thought provoking wisdom in this wee Cyber world where the Goddess dwells? How does one see ourself  and what does  that mean they ask? When will it begin where will it end and such matter?  What is ones destiny can another truly show us the way?

What can we offer to the world, what of the weather and what to wear, in what circumstance they ask?

“Vita” is vibrant as are we all are. Vita is vital in the here and now.

We all require to be valued to gain and maintain  self worth to have choices! To be the viceroy of our own destiny!  So be alert aware and genuine in ones journey is to be supportive to others. Respect and value the other as one would choose to be respected and valued!!

We at “Vita” are compelled to share what we know and care about! We are

thrilled to offer what appears to be so rare yet some say so necessary. Live /

Vita”, often times has great sadness in  the heart, in one moment, yet offers great hope in the next!  Hope compassion and constructive actions must be our key objective! In doing so, it encourages others to see and care for the place they choose to be and reach out to the other to be in that place as well.

Always remember this “Vita” can be the spring in our step the winter
of our dreams a tropical sunset, the exquisite crackle of leaves in the fall. 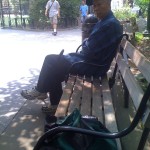 “trending now concepts”.  Be alert to governments that profess to have the “solutions”  and poor planners! Be alert and particularly wary of those who appear to value and look only inward at their own needs and beg ignorance of others plight.

THE PLIGHT OF OTHERS AND OUR OWN PERCEPTIONS

SBS television has just released a documentary now in its 2nd series that examines the plight of refugees,  past present and possible refugee policy in Australia It provides us with well known personalities experiencing the journey of a refugee seeking refugee status in Australia

It is compelling television. This television series explores the so called “rights of refugees seeking refuge status in Australia! We struggle with who decides how these types of decisions are made! It questions why they made  these  decisions political or just plain ignorant? They were clearly not made with genuine  clarity or compassion…

Minister in the previous Liberal Howard years ) He “chose”to be in this series, ironic really loved one! It squeezes the boil on how media and, governments have shaped racism in Australian over the last 20 odd years..

It is a dialogue that has been stage managed  on what could well appear an absolute debacle of a situation for those who actually live the reality of a refugee. A  perspective offered to Anglo Saxon middle class Australians to “walk in the shoes of the other’ to experience the plight of these people! A world wide disaster that mostly the first world it could be said has created!  This OZ made documentary is well worth watching, as we face a world full of haves and have “not’s”.

“A FAIR GO IN THE LUCKY COUNTRY”

The issue it could be said is quite clearly, a matter of those wanting to find refuge a home education and basic human rights. Mmm as is the expectation of the average ‘fair go” Australian,  more irony in that than one can barely stand!

The world is seeing a growing population of displaced people who just want to be safe! People who are clearly wondering why they have been  devalued,  so over managed or over looked as the case seems to be currently!

Worth watching if one is interested in witnessing first world people having to address their own belief  systems! Particularly in  a world of multiplying displaced human beings, that could well be attributed to acts by the first world!