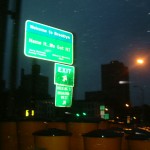 MEASURES OF SUCCESS WHEN WE TRULY REACH

What is success one must ask? Some would have said in the 20 century, hierarchy, controlling information, stepping over the other,

greed winner takes all.  Competition, collateral damage, domination manipulation and lies!  Silencing and bulling the masses into believing they have no voice! Patriarchy was a convenient truth that served but a few!

in the big end of town having influence over the others! In just over 13 years the

and reclaim their voice. The whirl and white noise of social media has taken hold

and engaged the world! The old guard have lost their footing their assumed power

base is being questioned and scrutinized in ways they  are not familiar with .

an ever growing set of social media tools! The personal blog that has now

All of which empower the individual to create new realities, new ways of getting the

message out there, new ways of networking empowering individuals to have their

voice heard. New ways of creating employment and income streams, which has

impacted how we see the world of job creation.

players to become involved in having their voice heard.

enter the international stage and be heard. Communities and plights that would

“democratic” way now can be heard and create change in their worlds !

either try and control this new world order or sadly trying to engeage in it very badly!

effectively, in what is now seen as the 24 hour information highway!

and you listen no longer cuts the mustard! Are ya listening and hearing Gina, Julia

Social media tools that can assess and track ones impact in the broader world! A

phenomenon never seen before! Empowering people to create a voice that it is their

create a voice in this unique and powerful new paradigm.  One can create one’s own

reality!  We are now in the 2nd generation or even 3rd really of Social Media.

The methods have changed for assessing credibility in the online world. Some have

on ones site that now count! These measures  of success are reaally often based on

seasonal changes and can vary based on hemispheres. Influence is often strategy,

when ya post, who ya pitch to and being current So these strategies enhance success

It could be said good content, currency compassion good research and strategy as

the real influence of success.

Outcomes  canl be strongly determined by these factors! So what does success really

mean? We must ask are Justin Bieber and Lady Gaga as influential as Barack!

According to twitter that seems to be the message, using their notion of followers as

a gauge!  The concept on the site below is who is the biggest “twit” very amusing

Another site that assesses success in the Twitter spheres is quite a considered site http://twittercounter.com/pages/100…

popularity guages and trend creators! Are these tools the “king makers ?”

I guess in the end it will depend on how one interprets success and popularity!

given to understand success and power?

to and is prepared to measure them by.. Are these the measures we truly want to

value our world by or in fact pay attention to! Hmm it’s a worry really, one must ask

We have to ask does Arianna really have more “Klout” than Julia? Or does she have

more of a “reach’ money or different motivation to succeed and create influence?

Who influences who and why are essentially worth closer scrutiny loved ones.

as we step further on the new podium of social reach, new measuring stick for power

and success, in the 2nd decade of the 21st century!  The playing field it could well

appear to have become flatter in this new world order, yet is the motivations of the

players any different one may ask?

More on influence engagement collaboration and the various measures of truth we use as benchmarks very soon.

Don’t ask  how social media measures ones influence and success,  ask how one

is measuring  ones own social media influence and success