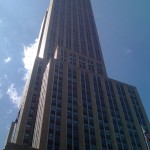 “The principle mark of genius is not perfection but originality, the opening of new frontiers.” Arthur Koestler (British novelist, journalist, and critic, 1905-1938)

Some have said “Vita” is our opportunity to maintain the rage and rebuild the future with integrity! An article about life before the women’s century NOW!

MEN CUT WITH THE SAME CLOTH AND LONGEVITY

The ex-Australian PM (Liberal) John Howard was celebrated for his longevity in power (in some quarters as a mark of success!) JH ironically remained in power, with what could be identified as a ‘deceptive’ authoritative approach! (Look up the meaning of this word). He was given a leg up by Mark Latham (the Labor Opposition (also a very bossy boots leader at the time), as JH embraced/entrapped the traditional Labor supporter depending how ya call it! Through what could be argued as very conniving means! In the Howard years a creeping narcissism began to enter the minds and hearts of the ‘foot soldiers’ as traditional Labor supporters are known!  http://www.australianreview.net/digest/2005/07/manning.html

One could suggest this was achieved, by a very questionable set of belief systems! Introducing the idea of the citizen as consumer! Concepts such as ‘user pays’, get 4 credit cards, ‘borrow outside ones means and shop til ya drop.’ Send ya kids to private school, get 3 casual jobs with no clarity of tenure to maintain one’s aspiring need to become the ‘Nouveau riche’! Seriously loved ones very flawed life choices indeed! While all the while believing that these things would create a better life for them!

The Howard years introduced these concepts as some perverted form of ‘CHOICE’! Sadly voters bought in to the idea and now, live in houses that are overpriced, maintain massive mortgages and can no longer maintain expensive school fees not to mention exhausted by the commute!  They are certainly not living the dream!

Traditional Labor voters it could be said ‘true believers’ became ‘aspirational voters’! See the link below for a perspective of what that looks like! It could be argued that the true believers or traditional Labor supporters are still perplexed about their belief systems and very unclear who they can believe in! As Australians slumber toward election-day in August 2013 and realign their value systems!

If one reads the content to join the Labor Party it does indeed suggest that voters are foot soldiers which does NOT help the future not to mention hideously patriarchal and deeply patronising rhetoric!  Below is another valuable article that gives a back story and perspective of what has happened through the lens of the Evatt Foundation website!  Sol has a lot to say on the issue

Patriarchy has created a culture of ‘you’re with us or against us’, as George Bush alarmingly said as he prepared to ‘invade’ Iraq, for a second time. As he said as well ‘I am doing it for my daddy!’  Well, try explaining that to the children of Iraq! As the myth goes he went there ‘to find weapons of mass destruction’. Interestingly the ‘Coalition of the Willing’ took their own in fact!  Clearly they were not paying attention as they packed their bags and forgot to declare what was stored in the ‘hold’ as they entered Iraqi airspace.

For too long citizens of the world have sat on the fence unclear, that they are being led by the nose and clearly continue to be bullied into unsustainable futures and lifestyles! Beliefs that rob them of their true power!  Remarkably one of the most patriarchal countries in the world, America, has stepped up last year,  and moved forward choosing to re-elect Obama for a second term!  Clearly 1945 1958 and 1963 are long gone and it’s dawned on voters in both countries   what is ‘winning a war and what does being a consumer really  mean’? Who are the winners and who are the losers? The film at the link below is very poignant and releasesed 10 years ago, clearly people were not paying attention then. Worth watching if ya didn’t then.

As frustrating as that is for Barack to move forward, their version of democracy and free choice is clearly damaged!  It is very difficult for the Democrats to gain traction as they inch forward into the 2nd decade of the 21st century!

As I have said before a third generation had to be born to move forward and they are!  When push came to shove it could be argued that the brave tenacious New Yorkers stepped up and made a good fist of free choice, reclaiming their power through the now worldwide Occupy Movements! Clearly even Americans are finally beginning to see the light and becoming alert to the fact they are so not living the dream! http://occupywallst.org/

It becomes apparent the Occupy Movement gave alert and aware Americans an opportunity to directly impact on the choices they now wish to make on their own behalf.  As I have said before a 3rd generation had to be born for that to occur. Say NO MORE of patriarchy and controlling the people!   It has given voice to those that had never spoken up and they remain clear and vigilant today!