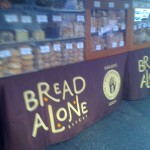 Although all phenomena are going through the various appearances of birth, abiding, changing, and dying, the true person doesn’t become a victim of sadness, happiness, love, or hate. She lives in awareness as an ordinary person, whether standing, walking, lying down, or sitting.
Thich Nhat Hanh, “Simply Stop”

THE PATRIARCHS END OF ENTITLEMENT IS SO OVER
Well loved ones, very profound on the eve of the current Australian governments first and last budget Yes it is TIME to ‘SIMPLY  STOP,  Jerky Joe in his misguided beliefs and short sighted perception of an era of entitlement’.

Goddess US its  absurd attempting to sell /tell that idea to the original inhabitants of Australia or anyone who is paying attention ! They may all have a contrary view of entitlements.

He could well mean it is the ‘end ‘of an era for patriarchal and misogynist rule It could well be the end of their 2000 years of beliefs and their era of  entitlements!

He’s  clearly gone of message and living in a bygone era where patriarchy and misogynists believed they were the only people with so called entitlements! It is fairly evident running a country is quite different to running a deli or milk bar  (micro business) You can’t reduce ya stock of services like stock of a shelf and expect to get back into surplus….

He clearly is not a big picture kind of guy like our darling  Paul (Keating that is) and this gorgeous man who never goes of message .. Be aware there are some very high functioning men out there loved ones which is such a blessing eh!

THE BIGGEST ESTATE IN THE WORLD
The biggest estate in the world is it merely a commodity that is being trashed by the mining companies and a piece of heaven that has been stolen from its original owners?  That is the question we must ask ourselves when we look at the state of Australia right now! What exactly does the current Australian government genuinely understand about the ‘ the bottom line of the average citizen and prey tell climate change. Seriously ‘JJ” doesn’t like the look of wind power and what of renewable energy and climate change prey tell Oh dear that policy idea may just blow away in a puff of carbon poison from the big polluters!

It is quite  clear he is not across any of the issue that constitute the actual  beliefs of what Australians actually see as valid needs in a society! Nor renewable energy as a growth industry.  Call me old fashioned, but equity and sustainability  for all could well come back into fashion, as opposed to user pays, abstract  surplus bottom lines! Dirty coal even clean coal will become very dirty words. as people being to step up and  object to this 20th  century government  with its industrial revolution belief systems.

The fundamental problem could well be the current Australian government see customers not citizens! It  could well appear they think they are running a retail outlet not a country with citizens!

The current Australian government may like to address these core issues mentioned above first, and not ‘king hit and kick the Australian voter in the guts and into the gutter! It could well be the current government are working from greed jobs for the boys, looking after their mates in the big end of town. Not to mention their superannuation, their investments and perception of their bottom lines ..Let me tell ya, all that will become apparent as Australians wake up to what they chose in winter 2013.

GOVERNMENT OBLIVIOUS TO CLIMATE CHANGE AND THE NEXT GENERATION
The current Australian government seem oblivious to climate change  All with the belief that the country MUST be in surplus and that is the answer  and so we all need to suffer as a consequence as he slashes and burns fundamental programs that will affect generations to come ! Hmm very shabby and frankly very transparent to those actually paying attention! As Rebecca said below in regard to education ( the next generation and a current post graduate student)..
I think we’re just being way too ambitious with it. I’m intrinsically against penalising unique groups of individuals for a sort of short term gain.”  A governments legacy of user pays for education as she points out is not an incentive to engage in it?

CONTROL AND BLAME ARE NOT NORMAL BELIEFS

However it would be fair to say previous governments and oppositions have prevaricated, on many things that include what is a community what is a citizen as opposed to a customer and as “Das’ suggested on the ABC Q AND A

What is interesting is the irony is the Government appear to be concerned with  the aging population and yet climate change is way of their radar! Hmm tricky as the next generation expire in the heat! Not to mention they after several terms in parliament come out with a very handsome package all in time to write their memoirs! They will not have to work ti they are 70!

EGO AND ECONOMICS OR EMPATHY AND EQUITY ?

Don’t ask whether Joe’s  booties are just sticking the boot in, ask are they  good enough to shake, ask whether they will walk with integrity in the world ( Below are Australian made product that we wear at Vita and are always filled with love elegance and integrity