Faith act belief sacred content and genuine context of US

Has Tony (Australian PM) appointed himself as having the last say on what is the tribal view of God? What is his genuine understanding of equity and US? Maybe he and George Brandis could watch this by the lovely and highly evolved Chris Jordan!

What we need to ask is whether we have confidence in the current Australian government to have any credibility  when it comes to governing a nation with any compassion at all.. How trustworthy are they and what is their perception of US and I?Who are they actually representing and or concerned about? What exactly is the current Australian governments genuine agenda really?

When will the days of rapture have the quality of servility and potent joyous attention it deserves?. One only has to see the current Australian government’s approach to so called national debt. their obsession with a surplus  and the  accompanying scare tactics that go with it that suggests this one term government may well be sending Australia down a 20th century ‘man hole or even worse to ‘the Abbott’s’ ‘hell in a clutch bag’

When will the voting public and prey tell ‘Billy the Kid’  (Opposition Leader)  step up and  make them aware that this approach is clearly SOooo,  not working for them?

CURRENT GOVERNMENT WILL NOT BE INVITED BACK

It is certainly not a way to win friends and influence a voting public to invite them back for a 2nd go.. It becomes quite clear as I have mentioned before that patriarchy is in its dying days and no amount of bullying yelling at people about the state of the government’s finances and how everyone has been living ‘high on the hog’  and slashing everything fundamental service is not a good way to go!

When will the current Australian government see that it’s perception of its so called ‘mandates’ are clearly complete nonsense and dare I say could be perceived as the devils work and evil folly?

FALSE MANDATES AND CRIMES AGAINST HUMANITY

It becomes apparent the community/country did NOT ‘mandate for those seeking refuge in Australia to be sent to third world countries that barely exist themselves! As we know the previous government created that belief system that is frankly war crimes against humanity! As I have mentioned before Australians are NOT at war with the worlds refuges! It is an absolute disgrace and I will say Kevin and Tony should be done for war crimes! 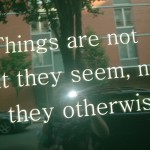 From where we stand at Vita ‘ Days of Rapture’ are  to step lightly on others souls, to invest and make commitment to faith and acts of kindness not slash and burn the fabric of a caring society. One has to ask does the current Australian government represent outrageous audacity, ambivalence or are they just plain ignorant, to what constitutes moving forward and living with integrity and equity for all?

← TURKISH DELIGHT AND PEACEFUL SOLUTIONS
Patriarchal Joe and the end entitlement for ..? →