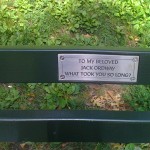 Beautiful discourse is rarer than emerald ~ yet it can be found among the servant girls at the grindstones. ~Egyptian Proverb

Some say “behind every great man is a great woman!” We at Vita on closer scrutiny of this phrase are of the belief that this may well be the case; however that is how patriarchy has played it out! Clearly for them that belief system has served them well! They can see very clearly through the glass ceiling and they are very pleased about all those great women serving their cause!

Clearly the glass ceiling was swung open for Baroness Thatcher, or did she smash the glass with her iron fist?  Becoming a “Baroness” appears to be her last hooray (to be given a title beyond the ‘iron lady”)! As we have just seen one of the great misogynists of our time, Margaret Thatcher,  go to the great right wing angel in the sky!

A woman who in fact said   “I don’t think there will be a woman prime minister in my lifetime.” ( The statement above by MT, really begs the question how she perceived herself at the moment in time! Admittedly the question was asked in context of Britain by a small British boy!

She is celebrated by some for being the longest serving British Prime Minister in Britain! It could be argued is that to be celebrated or was it engineered by faceless men? What is her legacy we ask has she advanced equity for women in Britain or anywhere for that matter!

MT was elected as Prime Minister of the United Kingdom in1979 and reigned with an iron fist until 1990! She was the Leader of the Conservative Party at a time of great poverty and misery in Britain! Maybe those that voted for her were at their most vulnerable and thought she would rebirth their world!

MT gained traction within a patriarchal  framework, when so called economic recovery appeared on the horizon, and just to add to the mix went to war over the Falkland Islands prey tell during her 2nd term in office!  Classic patriarchal tools to look like one is in charge, find an enemy go to war, show your power over the other, (and in economic terms, war makes money) so then it may appear one  has a grip on the purse strings of a nation!

LEARNING THE LANGUAGE OF PATRIACHY

After 20 years of working behind enemy lines MT, had learnt the language of patriarchy and was clearly a convert! Creating equity and a collaborative approach was not part of her agenda! I don’t mind how much my minister’s talk, as long as they do what I say.”  Very telling patriarchal statement in fact!

“THE HOUSE OF LORDS.” LORDING IT OVER THE OTHER

Her legacy certainly did not give rise to a surge on of other women following in her shoes in the so called:”House of Lords” or for that matter pursuing the leadership of either party in Britain post her reign!  One has too mull over, who she possibly is a role model for?  I am sure they are out there and I do mean out there! Where were the women on her cabinet clearly not visible and having a voice? She clearly paid little attention to other women led countries round the world either!

WOMEN OF SUBSTANCE PERSERVERANCE AND PASSION

Here are several very interesting lists of worldwide Female Presidents and Prime Ministers that go way back. They are well worth perusing loved ones! Check out 4 of the links on these pages interestingly the 2nd last one does not exist!  However here are 2 that have amazing lists of past and present women world leaders.   http://www.guide2womenleaders.com/Presidents.htm

Now here are a list of  extraordinary wonen who’s legacy worldwide  needs to be acknowledged. Their stories must be told http://www.guide2womenleaders.com/Premier_Ministers.htm

THE LANGUAGE OF NAH SAYERS AND LOOK AFTER ONES OWN INTERESTS

As we say at Vita what’s worse than a misogynist man is a misogynist woman who believes him! she clearly was a woman who used the tools of patriarchy  to get to where she did and not take other women with her!

We must question who was she “behind” and who did she choose to serve? She was quoted as saying “If you want something said, ask a man; if you want something done, ask a woman. Given the things she did she could well be mistaken for a ‘ man of action” So whom did she serve? In regard to this statement from MT, one must question whether she raised the bar for Britain or indeed British women, who were her, motivators? Well we know (she was very keen on old cowboys from America)

What motivated her, some would say, self interest and greed!  According to the article In the Sydney Morning Herald today, ‘She (MT) did not pursue justice for her gender; women’s rights per se was clearly a low priority for her. She was out for herself and for what she believed in.”

Now that is a classic patriarchal perspective that just affirms a misogynist belief system and the writer of that article actually states that made her a true feminist!  Well we at “Vita” tend to see it differently  in fact! That notion presented is so far from feminism and is in fact a very patriarchal view point http://www.smh.com.au/comment/thatcher-was-a-real-feminist-20130409-2hibr.html  He opens up a whole can of worms of what respect is? Lionel suggests “Thatcher restored her country’s self-respect.” I wonder if that is the case? Judging by the dancing in the streets of “Great Britain” one wonders.  This behaviour  reminds one of many days over the last few years that we have witnessed when despots from other worlds left this mortal coil. Think about it loved ones! What a the attributes of a leader and what creates a dictator? MMmm

One wonders whether in her days out of the sun and off the world platform, whether she really did, (As she said herself ) “Look at a day when you are supremely satisfied at the end. It’s not a day when you lounge around doing nothing.

It’s when you’ve had everything to do, and you’ve done it.” Clearly many would find that questionable! Her moments in the sun are gone but it could appear she left open wounds and many scars!