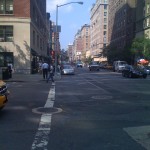 JOURNEY’S TO VITA AND INTERNATIONAL GRACE

After many kilometers/ or miles (for my American readers)  many journey’s and a immense amount of  words being written , the voice of “Vita’ now resonates worlwide! “Vita’  is NOW being acknowledged in over 115 countries across the globe, on a regular basis!  As we say at “Vita”eventually with love and attention the world will come to be as one!  As some have said “to be with “Vita’ is to be at one with one’s self!”

As the adorable heart felt  Bob Geldof  says “Distance creates distrust”! Clearly this must change as we all become  one and live the “Vita” we wish to become in the 21st century!

“It has come to light that inch by inch the global world is amassing at “Vita’! In the beginning 13 years ago it was Silicon Valley, San Jose and shortly after the South Koreans first popped in!  The very hip and cutting edge from New York Berlin and Paris arrived in the early days and stayed! They have always been keen to linger in the current informed and lavish world of “Vita”!

Of course the engaging and alert Canadians have been consistent in their presence at Vita over 13 years as have the Australians who, are always keen to give a Goddess ‘a fair go.”

THE CONTINENT AND IMPECABBLE TIMING

Those on the continent were not far behind the English chomping on their chips settling in for some inspiration and insight at “Vita” The independent delightful Scottish,  polite and proud often take the tour and share their journey’s as well .  The Germans with their good design sense and punctuality are constants in “Vita’s top 10 countries! Rumor has it the Italians consider “Vita” as the tiramisu of wordsmiths, not to sweet yet very creamy! Some have suggested the Spanish are so thrilled by their visitations at “Vita” they are considering a new tapas banquet “Tapas Vita” as an annual event!

The Swede’s and the Danes are always politely curious and come often to find a revitalized comfy chair at Vita! They of course are very impressed with Vita’s People at http://www.kyp.net.au/ As we know “Know your Product “are dedicated to revaluing and restoring the furniture of the Scandinavians, to be reborn and loved down under!

THE NEW FRONTIERS AND THE BALTIC STATES

What was once the “Eastern Block and parts of North Eastern Europe have consistently spent quality time at Vita!  Belarus prey tell came by the bus load several weeks ago, very curious. We must make enquiries as to what cyber travel tour, had book marked Vita as a must see destination   The Ukrainians can’t get enough and always looking for new varenki recipes

The Estonia’s and Latvians have been firm believers for some time and spend quality time at “Vita! Remarkably many of the “Stans” have started to appear at Vita in the last 2 years, as old regimes break down and new cyber frontiers are made accessible to them What is very interesting is that the world’s largest landlocked country,  Kazakhstan has propelled itself into the top 12 countries at Vita in February!

Quickly embracing “Vita” very soon after Kazakhstan, came new readers from Azerbaidjan clearly keen to have a look see!  Seriously loved ones who would have thought the “stans’ would arrive in such extraordinary numbers, clearly looking for respite and fresh insights from Vita’s world!

Uzbekistan has just recently turned up in Vita’s top 35 countries to visit and quite remarkable numbers!     We tend to think fondly of the “Stans” at “Vita”, as “the elegant footsteps of the new frontiers”

Those who have fought for independence and reclaiming their cultural foundations, that regularly pop in include Armenia that declared independence, in 1990 to become the first non-Baltic republic to secede from the Soviet Union. Also ever present are Georgia and the people from Moldova that consistently comes in at 25 at “Vita!

The footprints and the clicks have become louder as the crowds became larger and eager to see and hear the pearls from her mountain and her Manhattan Village! More later on the arrival of the Middle East and Africa at “Vita”