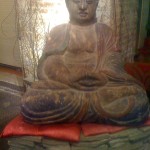 GOUGHS TIME WILL NEVER BE OVER IT HAS ONLY JUST BEGUN

The loss of Gough Whitlam Australia’s 21st Prime Minister, yesterday at 98 is so painful it is hard to bare today, We bless this beautiful man he who walked our path before us and prepared us to walk the mountain with courage and the knowledge we can ALL BE as one!

GOUGHS CURVE SHAPERS:  IT IS NOW OUR TIME TO HONOR WHAT HE SHOWED US THE GIFT OF OURSELVES

Gough birthed and gave courage to a generation of curve shapers fearless bounty hunters prepared to move forward to create a world that embraced the future! As WE grew through the 70’s WE evolved the future just as he showed us! It gave us the courage and belief, that ‘yes we can’ and that we can live the dream! Gough showed US it was possible to change and ‘move forward..”

We have persisted stayed true to kindness integrity and creating meaningful communities all the while knowing what needs to be done must be passed on to those who come in our footsteps! Just as he did in the heady 70’s when he evolved Australia forever.

We live in his image we step up we do maintain the rage yet we do it with integrity and with BEST INTENTIONS, with the good of the whole as our way of being in the world ..Patriarchy would have US believe only some are important .true curve shapers KNOW we are all important.  We don’t start wars, we take responsibility for our actions, we don’t ‘Shirt front’ people we embrace the other with love and respect

We let go of anger and distrust of the other. We  say NO and set BOUNDARIES for bullies liars and  nay Sayers We  act with discernment we are alert and aware ! We don’t work for the party we work for the next generation! We love and live to create a world with meaning a sense of purpose for generations yet to be BORN!  We dance and move in courageous  ways that create new beliefs and paradigms for all the world to see!

Julia and Barack are also the curve shapers of our TIME! We must keep saying yes we can yes we will MOVE FORWARD! This must be done so that our children and their children will find their role of courage and continue the work in the world, that opens doors to change! That is to say HOW we love and live in the world.That is the gift that Gough bequeathed to US! SLF Festival 14/

Gough was not a man’s man he was HU MAN!! Gough was a being full of light love and integrity, Gough understood why he came to the earth and was unrelenting in his pursuit of making Australia move elegantly into its future as a sharing caring country!
Gough was decisive an intellectual giant a humble man a quick witted man who took no prisoners and neither did Margaret !

Gough was courageous and was not stuck in the past he loved and lived a true present! He achieved magnificent things in quality time not ‘man hours” He was not a 20 century patriarchal man, he was a time less man that knew his time in history.He walked with Margret she was truly his life partner. This is her story below it truly divine Written after their TIME in Canberra. Gough and Margret loved fully spoke from the heart loved who they were and loved what they could become! TROVE

GOUGH WAS READY FOR THE WOMEN’S CENTURY

It is quite clear he was so ready for the women’s century and proved it. How extraordinary that women had the right the vote in SA since 1895 if they were a British citizen and at a Federal level in 1902 and Gough was the man he gave US a voice in 1972 AEC

Kipling and Vita
Ours is the Earth and everything that’s in it,
And–which is more– Then we will be human and
vulnerable my loved ones
This is a modified quote from Kipling and tweaked a wee bit by we at Vita

Don’t ask what Gough and Margaret have done for one ask what one is doing for Gough, Margaret and the next generation