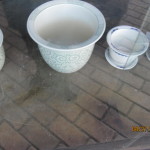 This is slightly tweaked  piece written by Lis K and Frank Ryan in 2005 in relation to the first film festival run by community for community in November 2005 in the Westgarth Village in Melbourne Australia.. This film festival was a collective effort from a community that know it takes a village to raise a child that is given the choice to dance the dance of their life! .

Westgarth folk like East Village folk know how to  create a creative world and make it a better place to play ! All references that are high lighted are films that were shown during the 10 day festival. There were 100 films 60 events and 20 venues! It was a wild success and is fondly remembered by all who participated in creating this extraordinary event. Most content about the film festival is now archived from Vita Classic but a do search on Google  and find the films featured below!

An Ode to Westgarth Film Festival “Food for Thought 2005”

It may not be “what “I expected” but we appear to be on
“Terra Firma” We are “Besieged” but not “Lost”. We may well
hide behind our “5.0 Clock Shadow” but will always remember
we are “decent generous tolerant, open minded people”.

We like to have a”gay ole time in the park”. We are wary of
some “parts of a horse”. Yet we can see the “Forest” for the
trees. “We are juggling the elements” but “love our dreams
for life’.

We may well entertain “Countess Dracula” but wonder’
where our” Maid to order is”. We dream longingly about
“Steinbeck editing and wonder about the mentors of the
future. We think of “Tibet” and look forward to “Suzie’s
in the mix,” and then consider our just “Dessert”‘

We are very much aware of “nature’s revenge”. We no longer
look to “California Dreaming” but seek out a “NU Country”.
We are intolerant to the “Dismissal” and look forward to
an Indian Summer” while basking in Westgarth’s
“Spring Rhapsody’.