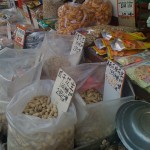 SIMPLICITY IN THE MARKET PLACE

I dream of simplicity, but I’m as far from it as ever. That is my practice, how to be in the world and remain simple. One day perhaps I’ll accept the fact that I am never going to find the simple life. Maybe the first step toward simplicity will be to accept that my life will never be simple even if I go live in a cave and subsist on green nettles like Milarepa. Peter Matthiessen “Emptying the Bell”
Dürüstlük bir hediye de bunu kullanmak  Integrity is a gift use it well
FIRST WORLD FORCE AND THE NEED TO SHARE
The first world lives as if it is the winner of the world and strives to take the lot if it can! Mantra’s such as ‘We own this we want what you have, we want more,  we will take it by force if we have to’ and they do generally!

CARVING UP COUNTRIES AND VIABLE SOILS

Carving up countries claiming resources removing human rights and sucking the energy from the soil of our human spirit!  Trashing a world that belongs to the earth and all of us!
Patriarchy are in their final throes making outrageous claims that are NO LONGER VIABLE, nor clearly benefit the whole! These are the ways of patriarchy it could well appear. It could well be said Vietnam’s agricultural  problems were created over 50 years ago by man made war!
There was  clearly no ‘ mandate’ as Australia’s “Abbott’ might say  Look what has happened with coffee farming in Vietnam Shame on you Nestle

The third world and those in between live on the other hand with simplicity and struggle just enough to make life feasible  striving against the odds of such interventions. Blamed for their circumstance for not  being greedy essentially!
They call you “brave” and make you lose your life. Onlar “cesur” aramak ve senin hayatını kaybetmek yapmak.In this case their livelihood. 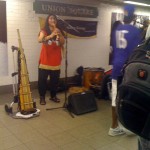 PATRIARCHAL PROMISES AND POOR  DECISIONS IN THE MARKET PLACE

One would have to say as we look at the conflicts in Turkey Ukraine and  Syria  to name, a few right now, one would have to ask has patriarchy really been a very poor social experiment that has gone very bung indeed

How long have we sat by and said ‘Oh that is someone else s problem ‘it is does not affect me ( yep I have heard many a first world person utter those words)!  Mm  as they sip on their latte fill up their homes with more consumable items, and complain about slow internet access, Alarming what first world complacency and fat cat behavior does when one has never felt compassion for the other.

One would have to ask how did this come to be so vulgar so wrong so patriarchal. It is such lazy first world behavior and of course the core problem could well be patriarchy? All the while we let it happen we ignored the other we allowed them to suffer alone for so long, we ignored their suffering was our suffering as well!

SILICON VALLEY AND GLOBAL VOICES
Fast forward and segue along to Silicon Valley and the information highway and then we heard them we saw them we bore witness to their plight and became active participants in their suffering in the square!

Hmm so the patriarchy and or the 1 per centres are freaking out as the PEOPLE STEP UP AND HAVE THEIR SAY!
Hmm so what we see now more patriarchal measures being wielded as they practice old patterns and wield old whips.. Yep it goes on and on loved ones!

The world is a mess  and no longer simple! Essentially we are past the tipping point of the end of Patriarchy as  Gretel says in the low grade ‘popular’ show Big Brother ‘it is time to go or is that It is time to go Big Brother with your patronizing  bullying paradigms