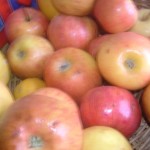 Teresa and the apple

What a person believes may be ascertained, not from their creed, but from the assumptions on which they habitually act.

MOTHER TERESA A GENUINE LIVE WELL SPENT
Below are some pearls of wisdom from Mother Teresa, who clearly lived her truth with genuine humility! She bit into the apple and gave us love and apple pie! Or more likely rice and dahl in fact where she was!

PEARLS OF WISDOM ON HUMILITY FROM MOTHER TERESA

‘These are the few ways we can practice humility’

To speak as little as possible of one’s self.

Not to want to manage other people’s affairs.

To accept contradictions and correction cheerfully.

To pass over the mistakes of others.

To accept insults and injuries ‘(and be gracious in dealing with it ).’VL

To mind one’s own business , yet be mindful of the other.

To CEASE interfering  ‘curiosity’ that is fact time wasting .VL

To be kind and gentle even under provocation.

THE DYING DAYS OF PATRIARCHY BULLIES AND  LAST CENTURY BLUSTER

George  or (big ballistic Branids as we call him at ‘Vita’) could start paying attention or lower his voice or both really. Clearly he needs to get with the 21st program, when it comes to what ‘Teresa’ had to say on the issue of humility and human kindness.

Patriarchy and patriarchal behavior is deeply EXHAUSTING,  the occasional misogynist woman are NOT helping the situation either! Do NOT get me started on those unfortunate few) Read this instead an oldie but a goodie on others shabby behavior in the political realm  https://www.vitalingus.com/julies-choice-julies-merit-the-sharp-edges-of-the-ceiling/

All the while patriarchal devotees and converts,continue to,bluster on, bully through in loud threatening voices! Constantly TALKING ABOUT THINGS THEY KNOW nothing about! The PATRIARCHY have, assumed knowledge and assumed power,  when clearly that is not the case This is clearly so in the case below The patriarchy take a position on issues and proceed with  ‘it is my  way or the highway’. Which in the end is a NONSENSE AND TIME WASTING! It could be said they have no real understanding nor compassion for all things humane!

All the while they are making others lives a misery and incarcerating the innocent ( Look up The Pacific Solution ya self!) The patriarchy are flat out slashing and trashing, ignoring the other, destroying  anything they don’t like or taking what is clearly NOT theirs.GRRrr Very much a lioness today  loved ones! Read this article below it is an outrage really. Then the final days of patriarchy are proving to be very trying indeed, As patriarchal empires fall over globally while all the while still yelling at victims of patriarchy about how the world should be! 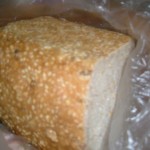 All these behaviors as so last century so patriarchal, so George Bush So John Howard oh and not to forget Putin  The whole patriarchy paradigm is a disgrace to humanity and just polarizes the injustice that the rest of societies have had to endure over 2000 years!

THE RUSSIANS ARE COMING AND UKRAINE IS NOT A BROTHEL

Look at the Russians flat out trying to rebuild an empire! Clearly they can convince some of the people some of the time, yet when it comes to patriarchy NOT all of US are that convinced,  Nor are  we intimidated, prepared to be bullied TOLD HOW THINGS SHOULD BE   lied to or stolen from!  For the women of Ukraine they and millions of other are not prepared to be treated as slaves to the empire, cooks in the kitchen and whores at any time

Assumptions are the termites of relationships. Henry Winkler