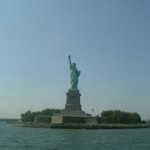 It is through our intentions that we shape the world we experience, along with the amount of pleasure or pain we take out of that experience.

Be aware loved ones this is a feature article

AUSTRALIANS AND NEW YORKERS ALWAYS STEP UP AND SAY YES WE CAN!

March in March Melbourne could well be the new down under ‘OWS’ Occupy Wall St with more longevity more defiance more calm less fear of the future and indeed Melbourne elegance! (More on regional events later) Google their site ya self that is empowering in it is self ! A further series of articles will appear on Vita soon!I will be   interviewing key people who were there on the day to get their swing on the day!

NEW BENCH MARKS NEW PARADIGMS IN THE WOMEN’S CENTURY
March in March will be a new bench mark for communities Australia wide to show their distaste to the current governments ill placed strategies! Do not get me started on how many there are, it is enough to make my editors hair curl.  It is thrilling to see the power of the people saying in unison ‘YES WE CAN’,  with a big wack of ‘delicious Australian irreverence’  to 2000 years of patriarchal paradigms and their idea of authority!     (thanks “BA” for the quote)

THE POWER OF A MOTHER AND THE CHILDREN SHE BIRTHED
It becomes apparent with the power of Social Media a  soul parent (mother)  a teenage boy ( 21st century man)  a Media Liaison (come official photographer) a very good woman MC, and a good bump in team, a lot can be achieved in a city of just under 4 million!

That is in fact the case with the March in March crew from Melbourne that created an extraordinary ground swell of social action and genuine pride to at the  March in March event this past weekend in Melbourne Australia ! Australians have stepped up and stepped out this past weekend on a grand scale! They Marched with love courage  pride and strength with the chant  ‘ Shame Shame Shame for the disgrace they feel toward the current Australian government!

MARCH IN MARCH IT IS ONLY THE BEGINNING LOVED ONES
In Melbourne Australia thousands of remarkably responsible Melbournians arrived on time ( 12.00 sharp) at The State Library, much to the surprise of the MC, who was clearly taken aback a little at what she had helped manifest!

This was the first of a rolling series of anti “The Abbott’ events), which will run concurrently across Australia from here on we are on our way loved ones! The journey of people power is back in full force as we move we move forward into the women’s century! 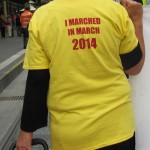 After an awkward and slightly surprised beginning by the tight knit crew for the March in March Melbourne team, Melbournians with grace and good will marched elegantly yet with defiance to object to pretty much everything the ‘The Abbott’s government stands for appears to be the case! The crowds moved down through the CBD (equivalent of Midtown NY) past Parliament to Fitzroy Gardens (if you squint the South/East corner of Central Park)

By 1.30pm word on the street was 50.000 people were making there way through the CBD and having  their voices heard! Rallying to insist the government was not doing things in ‘their name” The were standing  up it could be said,  against the tyranny of a patriarchal last century government! Clearly their assumed mandates will not be ever be fully implemented. It would appear the cracks are beginning to show!

GOVERNMENT IN DENIAL AND CHASING THE PAST
The one term Prime Minister  (maybe Prima Donna is more apt), Tony Abbott or (TA no thanks to him as we say at “Vita‘) suggested at his victory speech, that Australia is ‘open for business”!

Well it could be suggested Australians are not that impressed with his style of business or acumen, nor in fact his “Mission Statement for Australians future!  It becomes apparent Australians are setting a new very empowered agenda, An agenda more in keeping with 21st century paradigms that embrace the whole!

An extraordinary act of community acting on behalf of country, as  the police suggested ”by 12.30pm to ‘Vita’ that 7000 people would  turn up ..What they actually meant was they committed ‘police resources’ that would accommodate or ‘manage that many people marching! Clearly they under estimated Melbournians 50,000 marched to indicate how March in March is a powerful new tool being embraced by Australians as they recognize their own power to say No to racism No to misogyny and every other ism that has devalued humanity! \

Sarah steps up for a new generation of OZ voters

We are very very proud of this extremely articulate 21st  young woman. who spoke her truth at the Melbourne rally! A 21st century woman, who is certainly moving forward and takes no nonsense like the writer of this column!  Sarah is a woman of substance with a very clear sense of self and creating her own place in the world she is setting her own benchmarks for what is definitely a woman of GREAT ‘MERIT’! i suggest the “ABBOTT’ most likely would not see that way!

Oh and for all your security needs in Melbourne, one only has to click on the Metrolock logo in ‘Vita’s People’ (Yes they are indeed endorsed product and service) Alternatively  at their logo at the top of this page!

Trust me loved ones they know what security is all about when it comes to securing ones live and future!  They give true peace of mind and are very turned on to all things secure They are very efficient at what they do best which is such a blessing, to be ensured of the total security package!